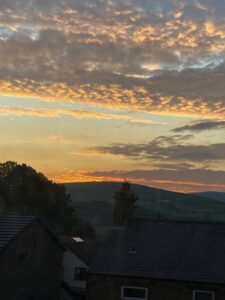 I will die awake.
Decades of insomnia foretell
my ultimate sleepless fate.
Wide-eyed and anxious,
I will finally realise my doom,
the culmination of decades of fear
of dying alone, untouched and
staring only into indifference.

I will die awake,
but no one will know.
Someone will find me later
in a position of apparent repose.
And they will reassure those who love me
(if any are left),

“He died peacefully in his sleep.” 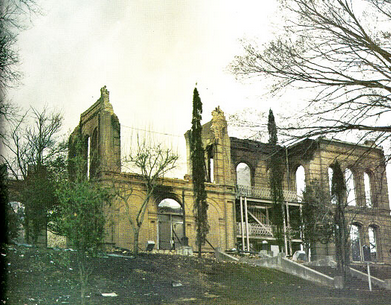 Jan hadn’t slept much. Like, for the past three days she hadn’t slept, but she was about to crash. Like hitting a wall or something. She was coming down because the speed was just about done, and she was sort of looking forward to the crash. How could you blame her? This is how she planned her weeks, you know. Speed on test days. Pot on weekends. Beer for dancing, mostly. Or just because boys like it.

The problem was that Bobby was sort of revved up, because that’s just how he is. He just gets all this nervous energy and then just talks and talks and talks. Philosophy, politics, music, love and loss. Bobby wasn’t into drugs and really had no clue about drug etiquette or even just the parameters around what drug users might be going through. Some people found him rather inconsiderate.

And Jan kept telling him she was really tired, but he really didn’t feel like being alone at that particular moment, and he didn’t want to stop talking. She thought sex might have done the trick, because guys notoriously fall asleep right after, but Bobby was a hard-core insomniac, even if sex was calming, it wasn’t enough to settle his nerves.

So this went on awhile—until she passed out, and Bobby was left staring through the screen on the window and counting the moths on the outside. He was thinking of Carson McCullers and Frankie in “Member of the Wedding.”

Somehow Bobby related to Frankie, though it would seem unlikely that he would. He just liked the way this little butch girl looked out the window and pondered the “irony of fate” for the insects out there. And he thought a lot about the irony of fate, and sometimes he felt like a little butch girl stuck out in the country just wanting to fit in at a wedding or something.

Jan was dead to the world, but Bobby checked to be sure she was alive in her drug-enforced slumber before he stepped out into the steaming evening air. After a moment of regret for forgetting mosquito spray, he set off toward Old Main, hoping Mary might be up there again, because she never slept well either.

If you’re looking for info on insomnia, Mattress Battle put together some stats.

So many people died that year that I developed
A permanent anxiety about companion mortality.
Guns, cancer, fire, and water all took people from me.

After an absence of a few months, a friend once
Called just to say, “You thought I was dead,
Didn’t you?” My curse amused him immensely.

Once, as my infant son lay resting peacefully, I went
Over to check his breathing. His older brother
Reassured, “It’s okay, Daddy, he’s not dead.”

And you apologise for keeping me awake with
Your fitful sleep, but every cough, sigh, snore, or
Fart only reminds me you are with me awhile longer.

Ever since the change from that time of life,
You have thrown the covers off your body as
If they were on fire, inviting damp coolness

On your skin. As the sweat evaporates and
You slip into a sounder sleep, I touch your
Cool and immobile body with trepidation

Nightly. I don’t want to wake you and disrupt
Your peace, so I lie awake, fretting and alone, to
Ponder this nightly act of solicitous love.

after a good night’s sleep

And a satisfying breakfast.

I was stone-cold sober,

And not the least hung over.

Without a hint of harshness,

And a nourishing breeze

My thoughts were untroubled

By the news of the world,

And the birds sang songs

And I thought of you,

Diving trough the air as if

You believed you could fly.

As you ran into my arms.

I threw you higher,

But you’d never be satisfied

By the strength of a mortal.

You are unsatisfied still,

But I will wish you all

The way to the stars,

If I can, because that is

Where you should be,

And I am where I am.